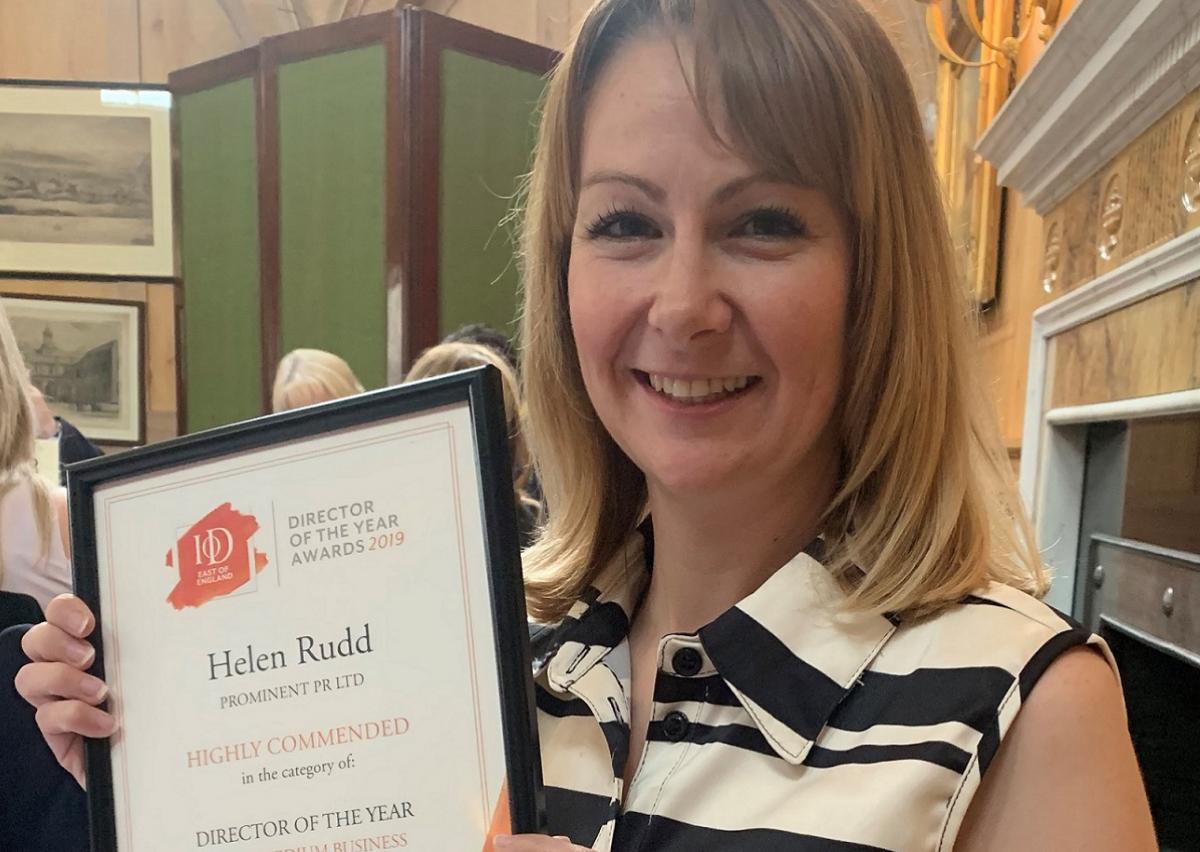 Prominent’s managing director Helen Rudd has been recognised by the business community in a prestigious awards scheme.


In April, Helen was named as a finalist in the prestigious Institute of Directors’ Director of the Year awards for 2019, which were held at The Jockey Club, Newmarket on Friday 14th June.

At the awards, Helen was given Highly Commended in the SME Director of the Year category, against stiff competition and entries from the six counties which make up the East of England.

The Judges’ feedback on the entry said: “Helen is an inspired leader who has brought great success to her business. People autonomy and self-confidence come through. It was a big decision to take on another business while still developing the current one, but through strong leadership clear focus and delivering a good service the business has clearly prospered. There is a clear vision and culture for the business stemming from sound financial controls and empowerment of staff.”

Helen said: “To have been recognised alongside some of the best business talent in the East is humbling, but the fact that I was nominated by my team has made this even sweeter. I’ve worked hard to give the Prominent team the credit they deserve, the trust to work independently and the confidence to develop their own career path. In just five years we really have built something special.”

Prominent celebrated its 5th birthday in February 2019 and is shortlisted in the prestigious PRCA DARE awards for ‘outstanding small agency of the year’. The awards take place on 18th July at the Emirates Stadium in London.