Prominent piggy power will bring home the bacon for charity 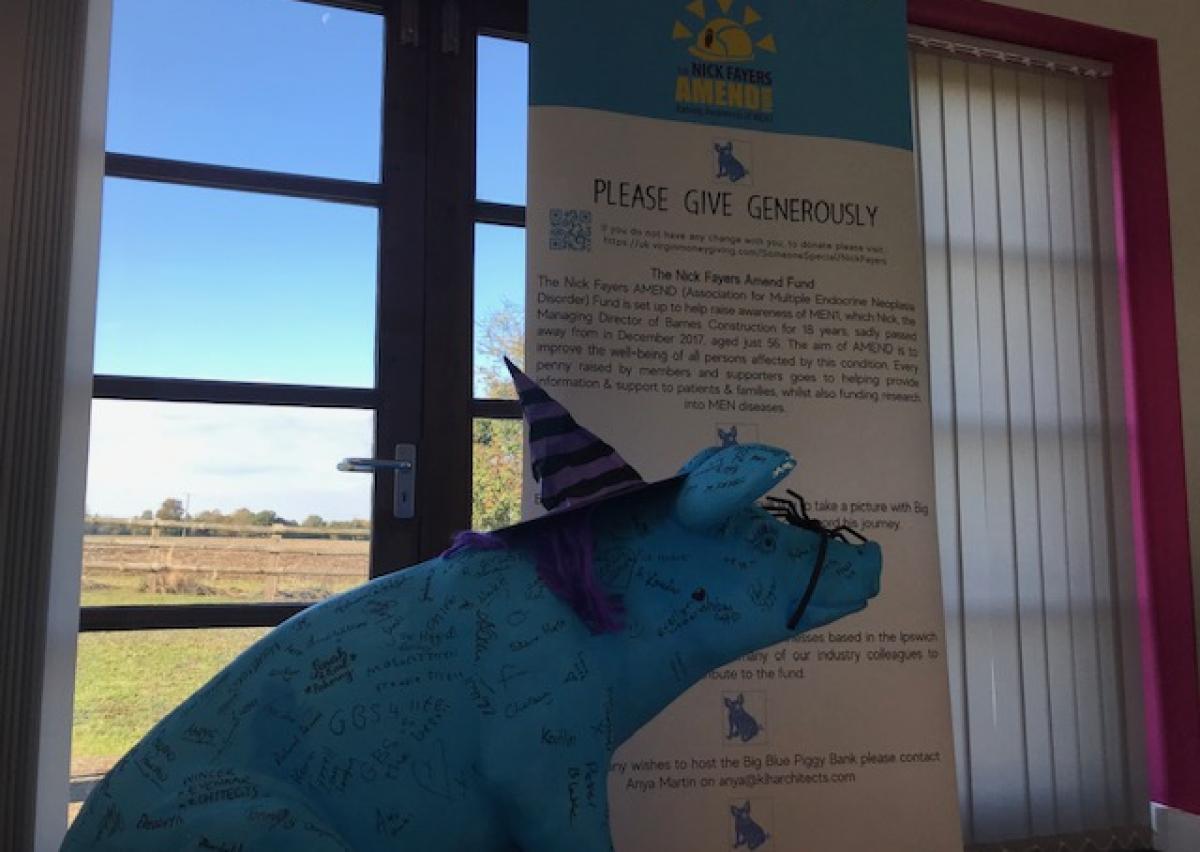 Here at Prominent we go big or go home.
This mantra is reflected in everything we do – from our client campaigns, business ambitions and company initiatives right through to our Halloween costumes, our staff Christmas party and habit of over-ordering on the Dominoes takeaway.

So when we were offered the opportunity to play host to a giant piggy bank for two weeks, we were not about to turn it down.

Its aim is to raise awareness of a rare medical condition and to boost fundraising for people who suffer from it.

Well they say pigs can’t fly – but this one is on a flying tour of Suffolk and making quite the impact.

Here at Prominent we have a number of clients who work in the built environment.

Back in 2017 a number of those clients were shaken by the news that one of their own - Nick Fayers – had passed away after a battle with a long-standing medical condition known as Multiple Endocrine Neoplasia Type 1 (MEN1). He was just 56.

Nick had spent all his career at Barnes Construction and had been their managing director for 18 years.

His death was an absolute tragedy and his family, friends and colleagues decided that it shouldn’t be in vain.

They set up the Nick Fayers AMEND (Association for Multiple Endocrine Neoplasia Disorder) Fund to help those affected and help provide information about the rare disease.

To do that they needed to collect money – and where better to pop your loose change than a giant piggy bank?

The Big Blue Pig has been travelling to events, activities and companies across Suffolk for the last few months and will continue to do so until January when he will arrive at Trinity Park for a huge final fundraiser.

Everyone who adds a sum of money to the cause is invited to scrawl their name on the pig, so Nick’s family can see how his story has touched the hearts of many.

We have been thrilled to give the pig a home for two weeks and have been asking all our clients to donate.

If you can’t get to our office to add your pennies, we urge you to donate here: https://uk.virginmoneygiving.com/fundraiser-display/showROFundraiserPage?userUrl=NickFayers&pageUrl=6.

This pig can fly if we are all there to give him a push!