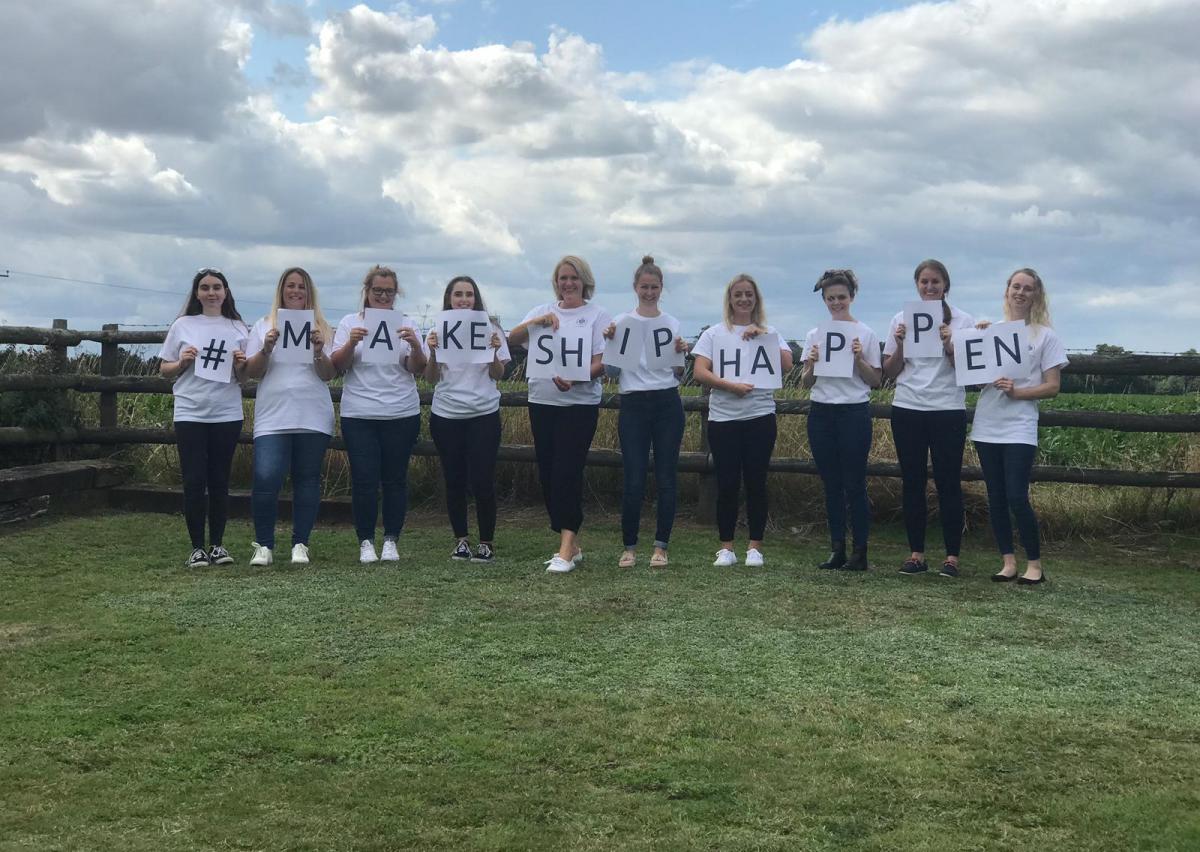 More than 200 people kickstarted a £1 million fundraising campaign to reconstruct a Saxon ship last night by sponsoring some of the 3,500 metal rivets needed to hold it together.

The crowdfunder - Make Ship Happen – will allow a team of archaeologists, historians, experts in shipbuilding and volunteers to build a full-size reconstruction of the 7th century Sutton Hoo ship.

It allows members of the public to “own” different parts of the ship through sponsorship – with the first assets being offered up at a launch event held at The Longshed, Woodbridge, jointly sponsored by The Angel, Woodbridge, and Adnams Ghost Ship.

Philip Leech, chairman and director of the Sutton Hoo Ship’s Company, which is responsible for the build, said: “The first phase of the donation programme allows people to sponsor one of more than 3,500 numbered metal rivets that will hold the ship together.

“Different parts of the ship – the keel, the planks and the stem and stern - will then be offered up for sponsorship.

“The launch event was extremely well attended and there was a lot of excitement about what we have planned. So much so that we had a staggering £7,000 worth of donations from people who came to find out more about what was involved.”

A sum of £2,000 was raised with the auction of rivet number 2,000 – the rivet positioned right at the tip of the ship and the only one which, due to its location, has to be inserted upside down.

This went to Roger Michel, Director of the Oxford Institute for Digital Archaeology.

He said: “It’s a very exciting project and I was very pleased to be there at its launch.”

The build is likely to take around two years to complete and will involve teaching a number of volunteers traditional building methods so the reconstruction is as authentic as possible.

All that was left of the mysterious ghost ship, buried beneath the sand of Sutton Hoo, Woodbridge, Suffolk, for 13 centuries was an impression of the rotted-away ship’s timbers.

But plans have been produced digitally from the measurements taken at the excavation back in 1939 which revealed an early medieval burial ground that included the grave of Raedwald, an Anglo-Saxon king.

Mr Leech added: “The build is a serious scientific endeavour and an example of experimental archaeology which is carried out by replicating or approximating the feasibility of ancient cultures.

“This is done by employing a number of methods, techniques, analysis and approaches based upon archaeological source material – in this instance raising a ghost ship based on the indent left by the original vessel.

“Everything will be carefully recorded so we can learn from the construction.”

The ship will be created using wood supplied by the Crown Estate and involve a number of volunteers who have been taught traditional building methods.

Once built, it will be tested at sea with a full crew of up to 40 rowers. If it looks possible, the team will erect a mast and see how well it sails.

To sponsor one of the rivets for £20 visit www.makeshiphappen.co.uk