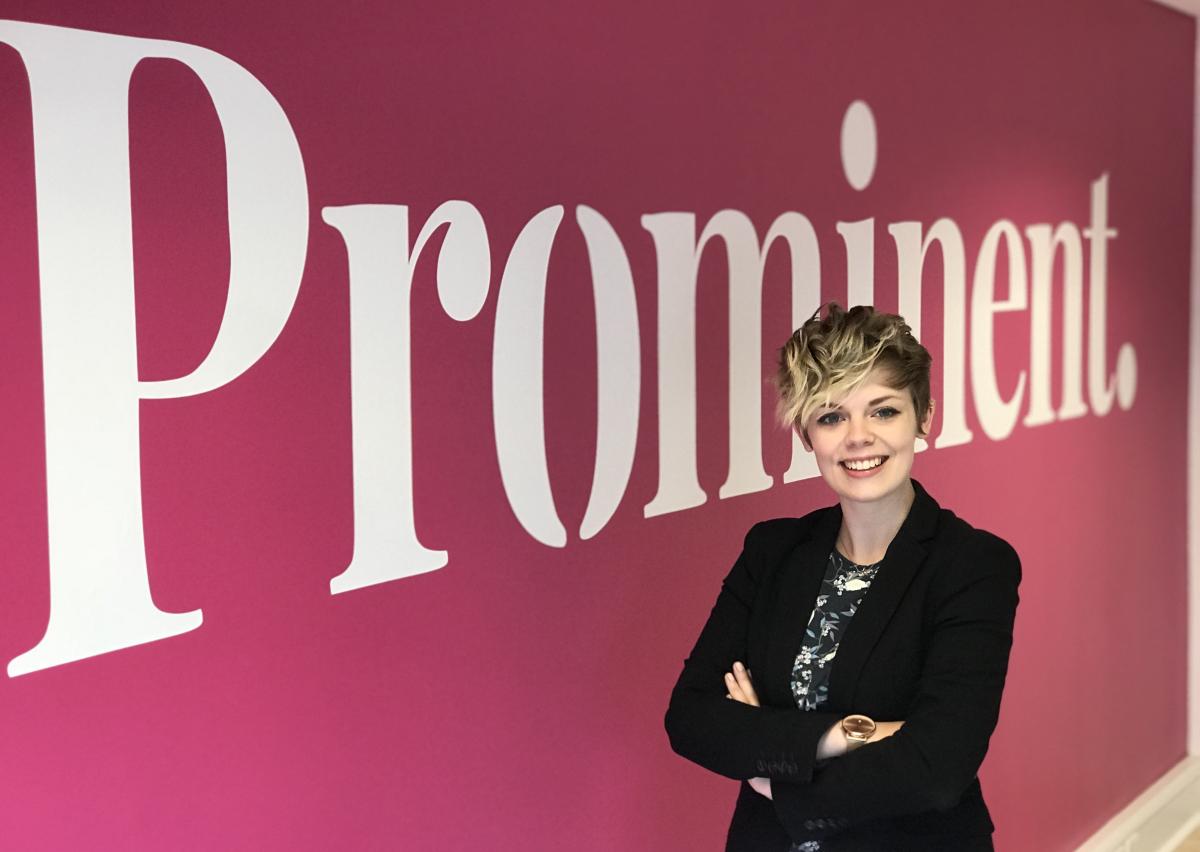 Emily Grimes, marketing manager at Prominent was named Rising Star 2019 at the Public Relations and Communications Association (PRCA) Dare Awards, a scheme which celebrates the best of the PR industry across London and the South East. This year’s awards dinner was held at the Emirates Stadium in London and saw 300 people from the UK’s biggest and best PR agencies and their clients come together to celebrate the best campaigns and individuals in the country. The PRCA is the world's largest PR professional body, representing well over 30,000 practitioners.

Emily has worked for Prominent for two years and in that time has been promoted twice, playing a huge part in the agency’s growth and working on some of their biggest clients.

The judges comments said of Emily: “Emily has gone above and beyond her job role. She is an impressive individual who is set for great things in the PR industry if she continues on this uphill path.”

Emily added: “I’m amazed to have won Rising Star of the Year for South East and East Anglia at the PRCA DARE awards. It is dedicated to my team who have allowed me to grow and become the practitioner that I have and I’m very thankful for the opportunities I have been given.”

The team have been shortlisted in two categories alongside Choose Woodbridge for their work on the Great British High Street award for 2018. The Best Event and Best Tourism categories will be decided as part of the ceremony on 19th September at the Guildhall.

On the award wins and shortlistings managing director Helen Rudd said: “It’s been a fantastic year for Prominent and I’m thrilled to see the team recognised for their hard work. Emily is a shining example of someone who works hard, puts the clients first and delivers great results and she’s certainly one to watch for the future.”