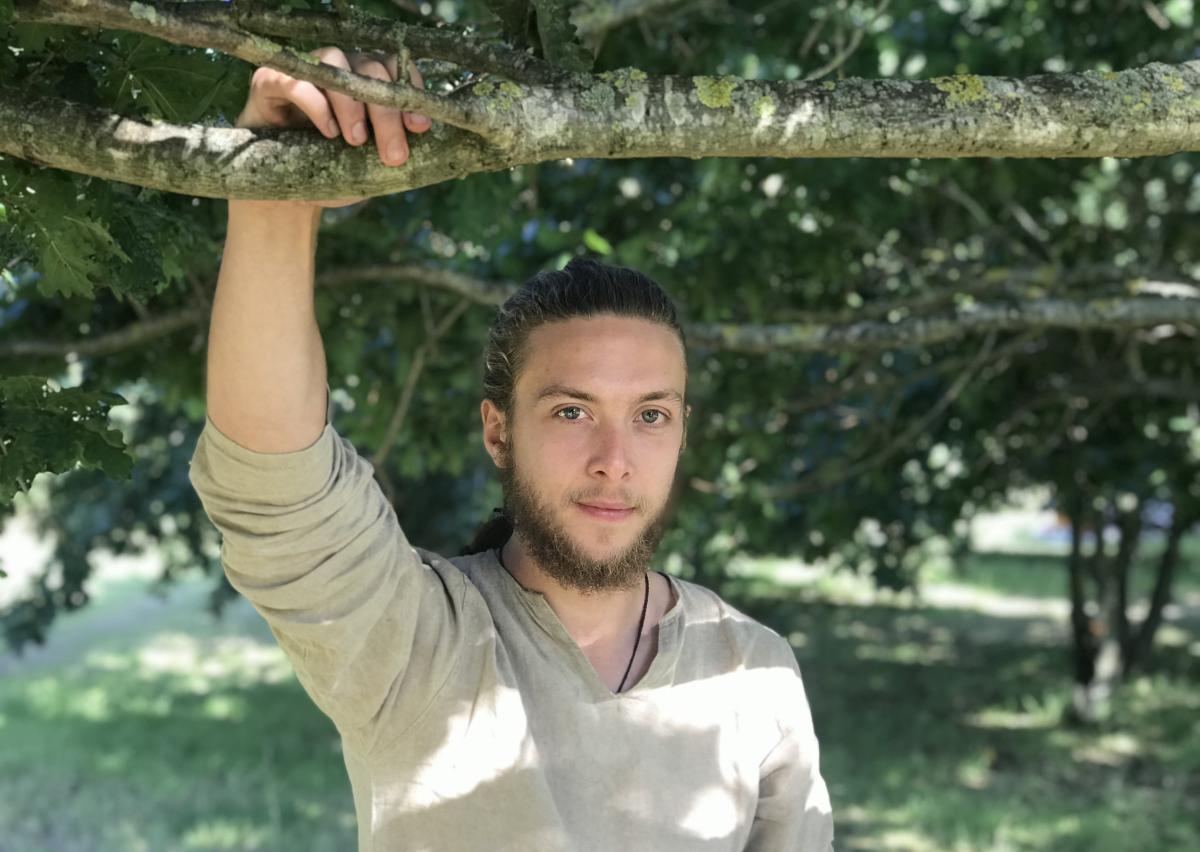 As a journalist, one the first things I look for when creating a news item for one of our clients is the ‘human interest’ angle.

By this I mean: how can I bring their story to life so that it resonates with an average member of the public? And more often than not this means finding the person at its centre and making the story about them.

You’ve invented a new medicine? Fabulous. Let’s find someone who is in desperate need of your miracle cure.

Your charity is helping millions? Find me just one of these people who can explain exactly how life-changing your work has been.

Your school is celebrating record A level results? I want to talk to a high flyer – especially if he or she has overcome the odds to succeed.

The bottom line is that people are fascinated by stories about people - whether heartbreaking or heartwarming. And they simply do not share the same interest for policies, initiatives or protocols. 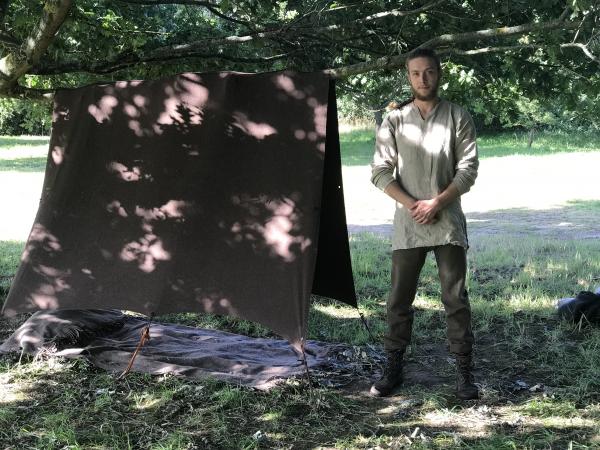 We were gifted the most wonderful opportunity recently to connect with one individual behind a plan to build a full-size reconstruction of the Sutton Hoo Anglo-Saxon ship.

The scheme is rather exciting in its own right – hundreds of volunteers will spend the next two years using traditional building methods from the 7th century to create the 90ft vessel thanks to a £1 million crowdfunding campaign Make Ship Happen.

But Alec – who is one of these volunteers - is a ‘human interest’ angle we unearthed which has really helped make the project stand out.

It happened by chance. One of the team at the Longshed, where the ship is being built, pointed out this strangely-dressed young man wielding an axe in the workshop.

“He’s been working with us for a while,” they said. “Fascinating guy. He’s decided to live his life like an Anglo-Saxon.”

And with that, they had me hooked.

This is the power of any human interest story – you want to know more.

So, Chelsea and I ventured to a campsite in Waldringfield where 21-year-old Alec had slung a blanket over a tree and had made himself a nest of leaves and sheepskin to sleep in.

He gave us a tour of his home, showed us his trousers which he had stitched himself and took us on a forage for mushrooms and berries (none of which looked very appetising).

We even helped him empty the earwigs out of his boots. 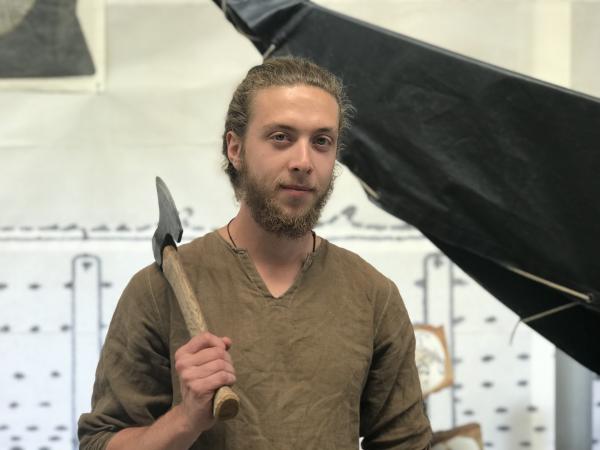 What materialised was a story about a young man with no smartphone, who doesn’t wear jeans or trainers, go clubbing, watch TV or play on a games console. A chap who has never eaten a microwave meal, doesn’t use a washing machine, tumble dryer, dishwasher, kettle, toaster or electric shower and won’t drive a car or even cycle a bike because: “It’s just not historically accurate”.

What Alec did for the Sutton Hoo Ship’s Company was provide a face for their story – a way to engage and connect with people who might not grasp what is involved in reconstructing a historical ship and who, let’s face it, might not have really cared.

Alec gave them a reason to care – because he did.

“This is the biggest and first large-scale naval experimental archaeology project in England,” he said.

“The modern way of living is always about how to make life easy and comfortable. Back in 625 AD people had to make do with what they had and yet despite not having the technology we have now, they created incredible things – beautiful jewellery, an ornate helmet, an enormous ship.”

Alec also used his five minutes of fame to ask people to donate to the project – a small call to action which appeared right at the bottom of the story.

You might well ask therefore, why would you go to the extra effort of producing a 1500-word soft feature, missing the chance for a hard sell?

Well, we happen to know that the feature on Alec had thousands of hits on the EADT website (thanks to an insider tip off) while a news story on the ship build itself didn’t reach half that audience.

We also know that after the story went out there was a flurry of activity on our client’s social media channels.

That’s all because human interest stories connect and resonate and are thought-provoking in a way that no other content can be.

So, if you are wanting to send a story to the media in future – always think about who is at its heart.

And, whether you are overcoming adversity, raising awareness, educating others, celebrating exceptional human achievement, marking acts of bravery, unsung heroes, victims or simply indulging in a funny story – make sure the focus is always on the person and their experience.

If you need some help – give us a call. 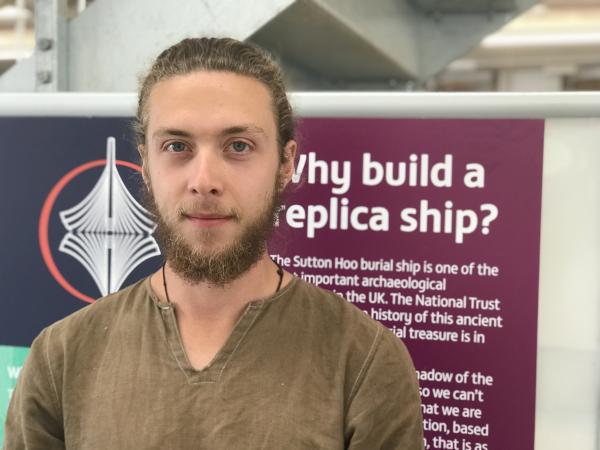