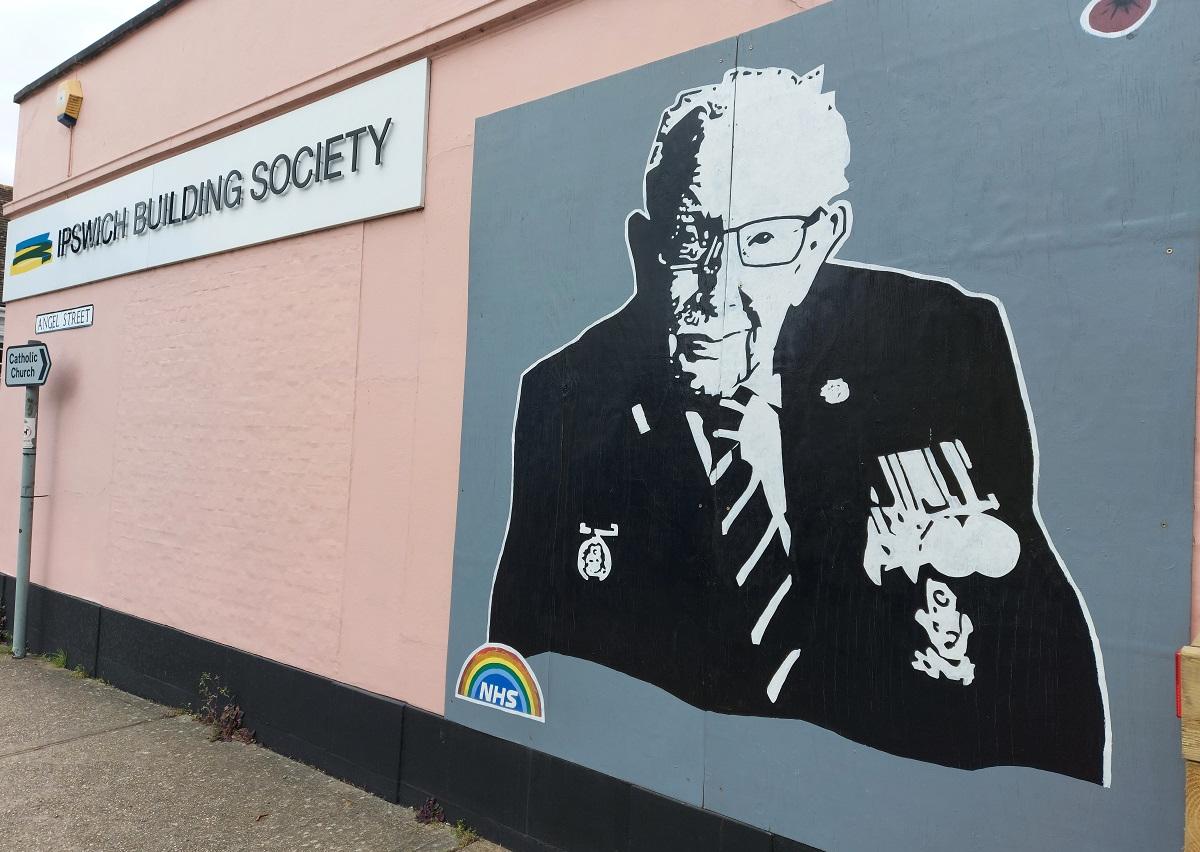 Prominent is thrilled to announce that we have been asked to deliver the education focus of the Captain Tom 100 challenge – taking part on the weekend of his 101st birthday.

The PR team were approached by Hannah Ingram-Moore, daughter of the Second World War veteran who raised more than £32 million for the NHS by walking 100 laps of his garden before his 100th birthday.

This is the second time we have worked with the family after we supported the communications surrounding his 100th birthday and managed the display of millions of cards in Bedford School’s Great Hall in April 2020.

Our role this time around will involve working with thousands of schools across the country – and many more abroad - urging young people in primary and secondary education to create their own challenge themed around the number 100 to raise money for the Captain Tom Foundation or a charity of their choice.

There are a number of surprises in store for schools that take part – all of which we are diligently working on developing behind the scenes.

Managing Director of Prominent Helen Rudd said: “It is a huge privilege for our team to have been picked to develop and run the strategy for schools and we strongly believe that children will be key to making an incredible impact with this campaign.
“This is a fabulous, inclusive event that allows people to take on 100 challenges of their choosing – from building 100 sandcastles to baking 100 cakes and doing 100 star jumps to pushing yourself to learn 100 poems word-for-word.”

Those taking part will be asked to take on their challenge between Friday April 30 and the Bank Holiday Monday on May 3.

Ms Ingram-Moore said her family are “still a grieving family” but are “propelled forward by hope”.
“I really hope people see this for what it is, which is an absolute chance to bring joy, put money back into charities and support the Captain Tom Foundation, which after all is the legacy of hope that he’s left us behind,” she said.
She added: “We want people to go crazy and create their own 100 – a challenge around the number 100.
“Because he was 100 and he was so proud to be 100.”

Sir Tom knew before he died that a 101st birthday celebration was being planned for him and that this was to be an inclusive event, Ms Ingram-Moore said.

“I really regret that he’s not here to share it as I think he would just love it,” she said.

Prominent is joined by London Marathon Events and supported by the Mass Participation Sports Organisers (MSO), adam &eve, LiveWire Sport and Studio Republic, to bring the campaign to fruition.